• GreenPowerMonitor (GPM), a DNV GL company currently manages 15GW in the North American market.
• GPM supports projects from 2kW up to 1.3GW across the region.

The importance of the North American Market

GreenPowerMonitor (GPM) first opened a second global headquarters in North America back in 2011. Since the beginning, the North America market was known as a strategic opportunity to grow GPM beyond the initial success in Europe. The renewable market in the region has increased enormously, wind and solar energy were just beginning to take off 10 years ago; today, they are everyday parts of America’s energy landscape.

According to the 2020 DNV GL Energy Transition Outlook (ETO), North America produces almost four times as much renewable electricity from the sun and wind as it did in 2010. Today, wind, solar and geothermal power provide more than 10 per cent of our nation’s electricity. 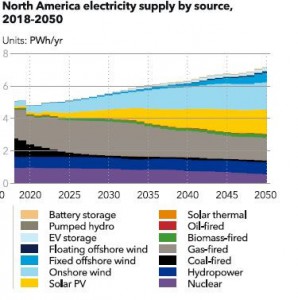 The  following ETO chart shows North America electricity supply projections till 2050. It is clears how renewable resources will increasingly take part in the electricity grid.

North America context goes along with the global context: compared to globally the ETO projections shows a decrease in the traditional source of energy in favor of the new renewable technologies.

The evolution of GPM in North America

Since starting GPM in 2000, the total portfolio under management grew to just more than 1GW by the end of 2013. As of November 2020, the current GPM global portfolio is now larger than 40GW and gaining recognition by Wood Mackenzie as the largest monitoring services provider in the globe per the 2020 report.

Of that, more than 15GW is represented in the North American Market. The exponential growth is highlighted with the fact that GPM is on track to integrate more than 10GW in 2020 and North America represents more than 3.7GW of that annual growth. 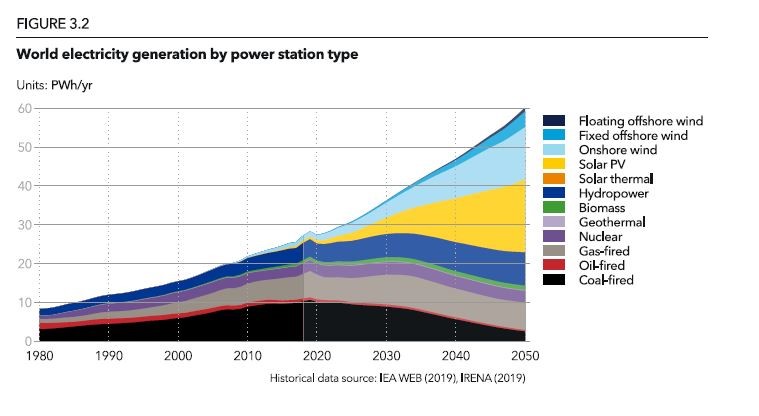 A combination of renewable portfolio software take-overs, retro-fits, and large scales utility projects, one as large as 1.3GW (made up of 5 projects at the same location), across the USA in areas spanning from California to New York and Texas to Wisconsin have all contributed to the exponential growth experienced in the region

To keep up with the industry growth and to scale operations, the GPM team has grown in terms of resources both globally and in North America. Now there are North American offices not just in San Jose, CA, but also San Diego, Austin, Charlotte, Chicago and the Greater New York Metro. Globally, GPM has five technical hubs to cover 24hour support from San Jose, CA; Mexico City, Mexico; Tokyo, Japan; Melbourne, Australia and Barcelona, Spain.

According to Tor Blackstad, CEO North America: “The North American market is a key contributor to GPM’s success as well as a major contributor to the green energy transition. For a successful transition, significant growth, investment and resources are necessary from all over the world and clearly, GreenPowerMonitor is here to support all key stakeholders on this path to a Safer, Smarter and Greener future.”